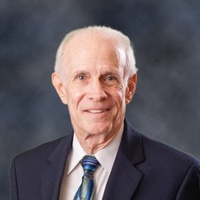 Robert “Bob” Giauque is the senior advisor in the Kierland Financial Group with a career that began in 1977 with Rauscher Pierce following his separation from the service.  Bob brings a wealth of experience and market knowledge to his clients as well as to the younger advisors on the team.

Following his time with Rauscher and another financial planning firm, Bob became a founder of WestAmerica Investment Group in Scottsdale in 1991 and played a significant role in the establishment of the Managed Account Program which was a precursor to today’s managed account platform used by so many as their primary investment vehicle.

He came to First Financial in 2001 and stayed with them until their 2022 roll-up to Cetera Advisors Network.   His broad background in markets of all kinds during his career gives him a perspective that few in our industry have today.  He is an original member of the KFG team.

Bob and his wife Karen live in Scottsdale.  They enjoy spending time at their Flagstaff home and are both avid and skilled skiers.